This is an apartment of the late nineteenth century in the Brera district, the heart of Milan, which combines history and art with new inspirations while respecting tradition. This is an area of ​​Milan deeply rooted in the past, that however perceives the atmosphere that the fashion district emits at short distance. Old and new are the key words of this project by Gianni Veneziano and Luciana Di Virgilio, who turned this apartment on the second floor of a historic building into a modern version of itself. The value of old stucco decorations on the ceilings is maintained and made ​​ethereal by the choice of white, that highlights forms without distractions, while the interiors are distributed according to clients’ requirements. A wooden floor accompanies the eye to move from one living area that includes sitting room and kitchen, to a sleeping area with two bedrooms and two bathrooms, the latter decorated with mosaics by Bisazza. In the bedrooms, the character of its inhabitants is reflected through the elegance and balance of the master bedroom, while a playing area defines the children room.

As if it were a sort of “pact”, an agreement between the Milanese context above described and the chosen approach for the interiors, the owners’ passion for art led to the decision to highlight the furnishings as individual pieces placed in a space to admire. In the photographs of the sitting room, it is visible a Chinese table of the early Nineteenth century, on which is placed the ceramic and silver vase ‘Walking Man’ accompanied by tray ‘Heart’ on the table, both designed by Gianni Veneziano. The formal and non-invasive simplicity of the furniture is intervalled by design classics such as the Lounge Chair  by Charles and Ray Eames. The expressive minimalism of a work from the artist Kim Min Jung gives grace and balance to the living area over the table, as opposed to the high dynamism of a work by Alessandro Spadari placed above the sofa. Other works by Agostino Ferrari, Andrea Zucchi and Giorgio Sommer are placed intermittently to interrupt the whiteness of the walls along the corridor and in the bedrooms. The design aim was that of creating a place that retains an intimacy while accompanying its inhabitants in their lives in a metropolis that however preserves a traditional heart. 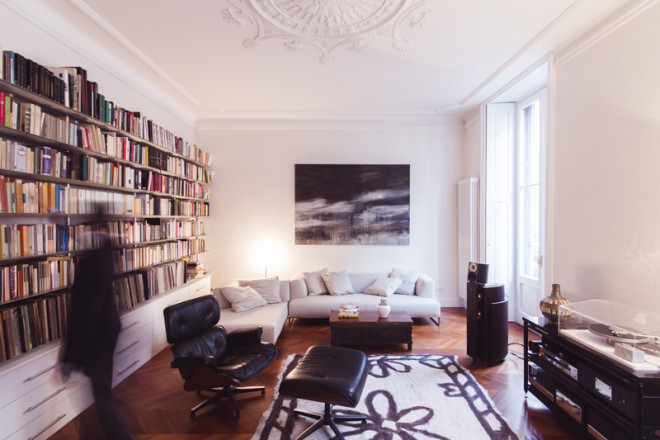 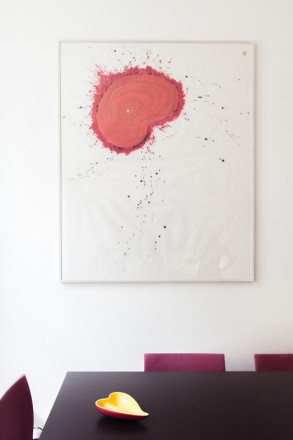 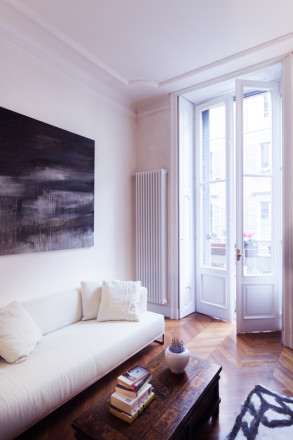 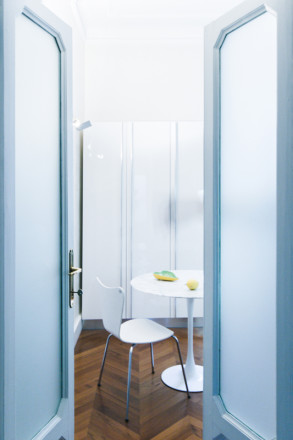 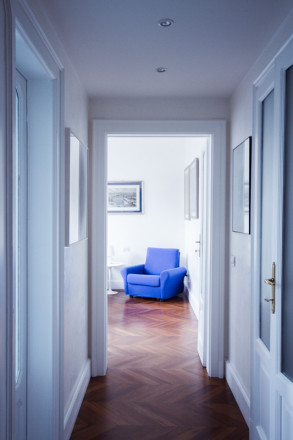 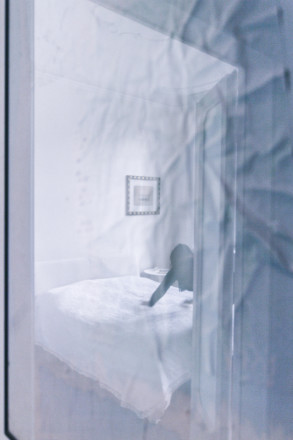 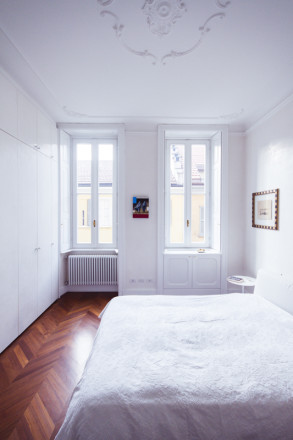 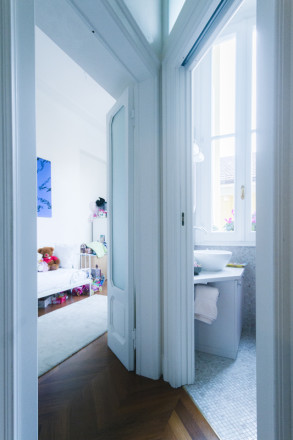 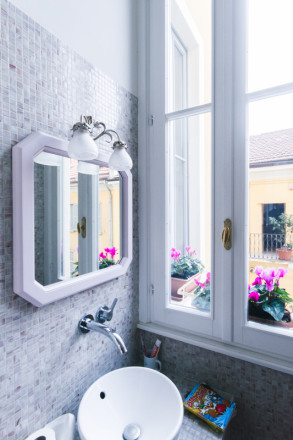 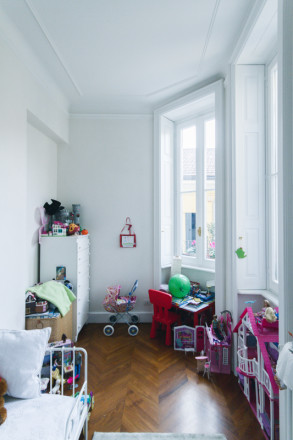 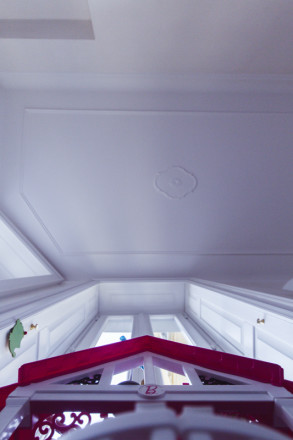