The centrality of man is the focal point of this project. The Circle, as well as being the most harmonious geometric figure in itself, is also an evocative symbol of the universe and the Earth.

Gianni Veneziano and Luciana Di Virgilio designed for Nodus Rug something like a visual synthesis of the mutant human being, who lives in perfect harmony at the center of the world and even of the (domestic) universe. The human vortex also exchange energy and allows you to let in and process all consciousness associated with this energy that flows through.

The same concept has found two different developments still linked to each other, albeit from the opposite connoted sensations. “Inferno“ (‘Hell’) transmits energy to the flesh, developing into a vortex that sucks the man away, in a sort of reference to Dante’s circles. Humanity in its mutations and sins, a sexual perversion that is attracted to the center by an invisible Lucifer. 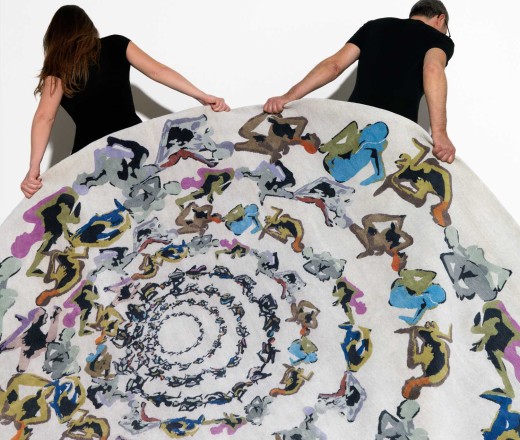 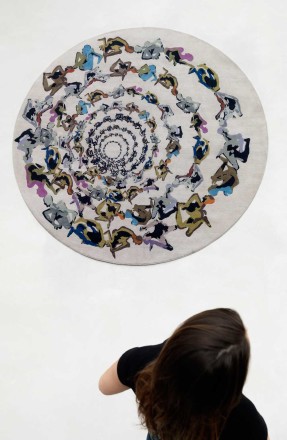 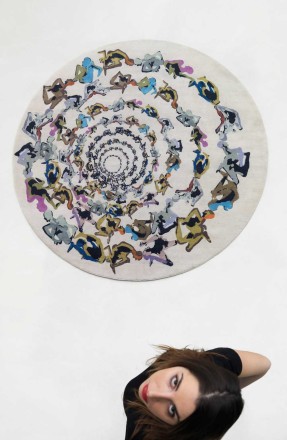